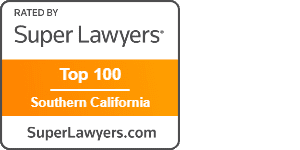 Jeffrey A. Sklar is a Co-Chairman of Sklar Kirsh LLP, the Chair of the firm’s Corporate Department, and a member of the Management Committee. His clients range from individuals and early stage companies to large corporations. Jeff advises clients in a variety of industries including advertising, alternative energy, apparel, consumer products, entertainment and media, manufacturing, medical devices, restaurants/hospitality, social media and technology. Jeff’s principal areas of practice are corporate law, mergers and acquisitions, joint ventures, partner dispute resolution and executive compensation.

Jeff began his career as a corporate lawyer with Alschuler Grossman Stein & Kahan LLP, where he practiced from 2001 to 2004. He then joined Loeb & Loeb LLP’s Corporate Department, where he practiced from 2004 until 2010 when he opened Sklar Law, P.C. In 2013, Jeff and Andrew Kirsh founded Sklar Kirsh, LLP, as a premier boutique law firm. Jeff is a member of the State Bar of California, and the State Bar of Michigan.

Jeff is active in the Los Angeles community and serves on the Advisory Board for the Transactional Lawyering Institute of Loyola Law School as well as the Board of Directors of Friends of the Israel Defense Forces Western Region, de Toledo High School and Stephen S. Wise Temple. He is also a volunteer with the Lawyers’ Committee for Civil Rights Under Law in its Election Protection program. In his free time, Jeff is a competitive swimmer and is a certified Level 2 swimming coach with U.S. Masters Swimming.

“When I started Pacific Intelligence I wanted it all – concierge service you can only get from a boutique, big firm attention to detail, and a relationship constantly adapted to my stage of the growth cycle. Sklar Kirsh is the ideal law firm for LA’s entrepreneurs.”

This testimonial does not constitute a guarantee, warranty, or prediction regarding the outcome of your legal matter.